How Much Should We Save In an Emergency Fund?

There is no shortage of opinions on how much you should have in an emergency fund. In “On My Own Two Feet”, GoGirl Finance’s favorite expert, Manisha Thakor and co-author Sharon Kedar share some thought-provoking statistics: “50 percent of Americans would struggle to come up with $2,000 in a pinch. A whopping 64 percent of Americans do not have enough savings to handle even a $1,000 emergency expense…”

It’s a perennial debate. How much money do you need to save for an emergency fund? How do you know what emergencies you’re saving for? How long is a piece of string?

The question becomes even more complicated when you are sharing the responsibility for financial decision-making with your significant other. You may have different opinions on whether to save or pay down debt, or perhaps one of you is, shall we say, an overeager spender.

To help you with this conundrum, we sought some wisdom from the experts and then interviewed a few couples to see how they’re approaching the issue “in real life.”

Pay Down Debt or Build Your Emergency Fund? The Expert Wisdom

Dave Ramsey is famous for saying that you should start with $1,000 and then work your way up to 3-6 months of living expenses, but only after you’ve dealt with debts. Suze Orman recommends saving 8-12 months of living expenses and keeping those funds liquid. She recently courted some controversy by suggesting that people save this up before they’ve paid down debts. Our Freaking Budget tried to unravel the conflicting advice in this post.

Manisha Thakor and Sharon Kedar recommend setting aside 5 percent of gross income (i.e. income before tax) to ensure you are covered for emergencies and also any “big-ticket” expenses you may need to make. If you can’t save 5 percent, make a start with 3 percent or whatever you can manage, as it all adds up. Manisha and Sharon recognize that paying down debt is a priority for many people, but they recommend building up at least $2,000 in an emergency fund before paying more than the minimum each month.

In short, there is no straightforward answer to how much you should aim to put aside in your emergency fund. To help y0u navigate the nuances, Manisha suggests thinking about your emergency fund as an “uncertainty fund.” Ask yourself how much uncertainty you have in your life. If you work freelance, for example, you may have more uncertainty than someone in a steady job. Save accordingly.

Easy enough for the experts to say, right? Let’s look at real life for a moment. Here’s how much a few couples have saved and their reasons for doing so.

Jamie and Kristyn are both in their 30s. They live in the southern United States and have two children under the age of 5. Jamie is a full-time teacher and Kristyn is a stay-at-home-mom who supplements their income through her Etsy shop. They bought a fixer-upper home a few years ago, and they are slowly making progress on the renovation.

When I asked this couple about their emergency fund, they said they had $3,000 in it but were slowly working their way to a $10,000 savings goal. They felt that $10,000 would cover 4-5 months of expenses. Jamie and Kristyn don’t have any credit card debt, but they are paying off student loans and paying down their mortgage. They are keeping the fund in a high yield savings account just so that it earns a little bit of interest and is easily accessible. They do have retirement accounts but are not currently contributing to them at this time due to their tight budget. However, Jamie’s job does contribute 4% each year to his retirement account, so it is slowly growing. They plan to “catch up” on retirement savings once their children are in school and Kristyn can return to full-time employment.

Chuck and Tom, both in their late 20s, live in California. Chuck has a high paying job and consistently gets raises, but Tom earns a low hourly wage. He is seeking more permanent full time employment at this time. Their emergency fund currently has $780 in it with a goal of keeping it at $1,000 at all times. They know this is “low” as far as emergency funds go, but they have multiple savings buckets for Christmas, a house downpayment, travel, etc. They recently used a large chunk of their emergency savings to pay for a car insurance deductible after an accident and are slowly building it back up. They also have separate retirement accounts that they max out every year.

Because Chuck’s job is stable and the couple has no children, they have a fairly low level of uncertainty, justifying a smaller emergency fund.

Canadian couple Ellen and Steve are professionals who both work full time in addition to having side hustles. Their three children are out of the house, and they have $132,000 saved up for emergencies, which would definitely cover them for a year or more if necessary. It would also enable them to retire a little bit earlier if they don’t have to dip into it in the near future. Their emergency savings are in an easy to accessible, liquidable account that is separate from their retirement savings. They own their home, and their net worth is over half a million Canadian dollars.

Alison and Pete are expats living outside of the United States. They do not have children. The husband is a student and the wife has a university teaching position. They live off of student loans and the wife’s income, which has allowed them to amass a $5,000 emergency fund and a $1,500 general savings fund. They are also diligent about transferring $250.00 a month to a high yield savings account to pay for vacations and other large purchases. The $5,000 emergency fund is primarily to cover a situation where both of them would have to fly back to the United States for a family issue or medical emergency. While they have medical evacuation insurance, it does not cover all issues. This couple had a small retirement savings, but liquidated it to be able to afford to move outside of the country and pay for school expenses. They are both in their early 30’s and plan to start investing heavily when the husband finishes school.

Regardless of the amount of money that you can save, the most important thing is that you are actually taking the steps to do so. Emergency funds not only help you if something goes wrong, but they also provide a good backup so that you can break the cycle of credit card debt and feel secure that you will be taken care of in a worst case scenario.

Do you have an emergency fund? If so, how much do you try to save in it? 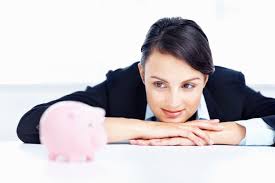